Children of Time: The Companions of Doctor Who

kOZMIC Press is pleased to announce a new non-fiction anthology that focuses on the Doctor’s companions: the teachers, the journalist, the Highlander, the temp, the stewardess, the medical student, the archaeologist (both of them!), the kiss-o-gram, a mother, a grandfather, and even the tin dog! All the Doctor’s traveling companions and faithful friends get featured in this volume.

Ever since the first episode was broadcast in 1963, the Companion has been the audience’s surrogate. They travel in the TARDIS on adventures — sometimes into Earth’s past, sometimes into the future, and other times to distant and exotic planets — and they take us along with them. We sit in the comfort of our living room while they encounter all the danger! They’ve survived Dalek invasions, Android invasions, and Christmas invasions. The companions ask questions, get in trouble, get out of trouble, and challenge the Doctor to think and act in new (and usually better) ways. Children of Time: The Companions of Doctor Who will feature profiles of Companions from all forms of Doctor Who: television, audio, comics and novels.

Our contributors include well-known authors, a librarian, a playwright, podcasters, fanzine creators, publishers, a ukulelist, the man who created Erimem for Big Finish, and many more. You’ll read about the time the Paternoster Gang met Sherlock Holmes, how Turlough is the first companion to get a true character arc, the ultimate love letter to Melanie Bush, and a transcript of Jackie Tyler’s speech to a support group for mothers of kids who’ve gone off traveling with the Doctor (attendees of the group include Sylvia Noble and Francine Jones), plus many other surprises.

We also have involvement from three of the Doctor’s companions: Katy Manning, Daphne Ashbrook, and a third, who will be announced soon, who has written the book’s introduction!

Projected release date is May, 2018. More details on that forthcoming.

Children of Time cover artist is Kelly Yates. Kelly KNOWS Doctor Who! He’s been a fan most of his life, and for the past 10 years he’s been an artist on the official comic book lines for both IDW and Titan, most notable Doctor Who: The Forgotten and Doctor Who: Prisoners of Time. He currently works with Titan producing artwork for Doctor Who t-shirts and other merchandise, including the hugely popular anime-inspired Kawaii line.

Last year, we at the WHOlanta Convention commissioned Kelly to create an exclusive cover for us for the May 2017 Twelfth Doctor comic (an image here of the Twelfth Doctor wearing the Sixth Doctor’s coat), which turned out beautifully, so when I launched the Children of Time project, Kelly was the first person I contacted about it. I’m so thrilled to have Kelly as part of the CoT project!

Stephanie Lane Jackson has produced a series of four spectacular pieces that will be used as lead-ins to each section of the book. Stephanie is a digital artist and illustrator who loves history, music, and mashed potatoes, and she’s a long-time Doctor Who fan. Her work will be featured in the new BBC book Doctor Who: 100 Illustrated Adventures released January 9, 2018. She’ll be doing illustrations of companions from all eras of Doctor Who for our book. You can find Stephanie’s art page at on Facebook at EclecticMuses Art & Illustration or you can visit her on the web at http://eclecticmusesart.com/ About this project, Stephanie told me “I really did have fun working on this and I was very happy to do it. I’d love to do it again!” We’re very excited to have Stephanie as part of the Children of Time family! 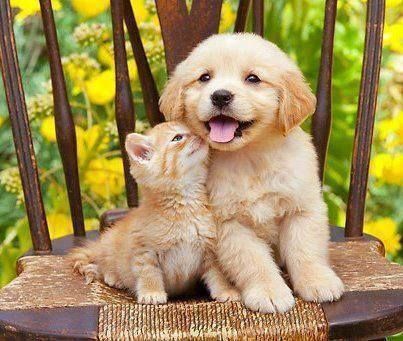 The Twelfth Doctor told Clara Oswald that he has a “duty of care” to her. The pets in our lives are our companions, and we are responsible for their safety, just like the Doctor is responsible for his companions. Because of that, donations will be made from the sale of Children of Time: The Companions of Doctor Who to Furkids, Georgia’s largest animal rescue and no-kill shelter. Furkids  operates the largest cage-free, no-kill shelter in the Southeast for rescued cats and Sadie’s Place, a no-kill shelter for dogs. Furkids also operates one of the only facilities in the Southeast dedicated to the care of FIV positive cats. The Furkids mission is to rescue homeless animals, provide them with the best medical care and nurturing environment while working to find them a forever home.